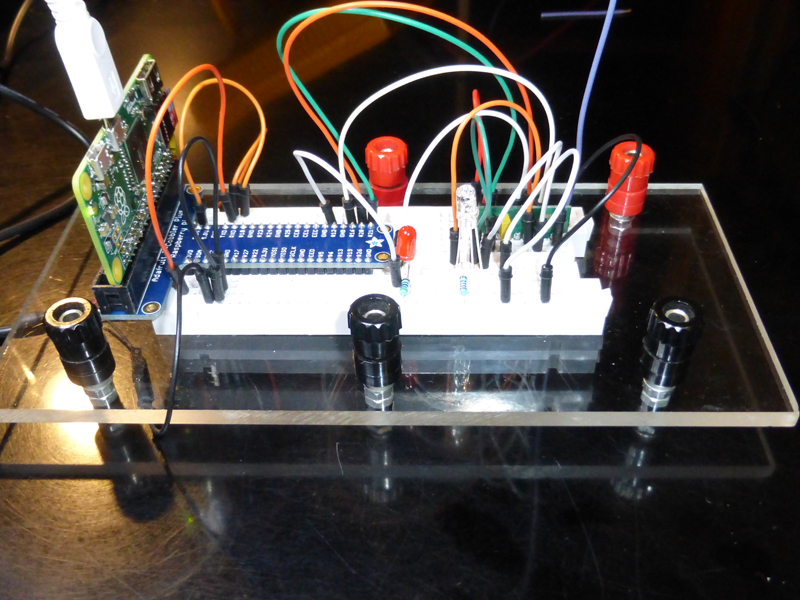 Last post about the relaxing geek was just a simple preparatory step for a more challenging project: controlling domotic devices with a open computer.

Incidentally, it was a perfect opportunity to illustrate the thought about what is better than open source. Many thanks to Gordon Henderson (UK, Devon) for his well documented Wiring Pi. It has proven the most helpful resource for this project, unlike all the misleading false information so easily found on the HomeEasy protocol. Actually, the same protocol is also used by many home automation brands: Chacon, DI-O, TellStick, Zibase, My FOX, RFXCom and much more.

Apart from the Raspberry Pi Zero, the main component used for this project is the RTX-MID-5V from Aurel SPA (Italy, Modigliana). This is an RF digital data transceiver working on the ISM free-license band of 433.92 MHz, in half-duplex way. Only the transmission feature was looked for in this product but its receiving capabilities helped a lot in understanding the HomeEasy protocol.

Of course the RGB LED played its useful part:

The Proof of Concept is successful. Yet there is more to come. Being able to remotely control up to more than 134 million home automation devices from a computer opens an infinite range of possibilities for a geek:

Moreover, controls of all those devices can be synchronised and linked to other sensors. For example, the light is turned on when the shutters are closed and off when they are opened, depending on the time of the day and the ambient light detected by a light sensor.